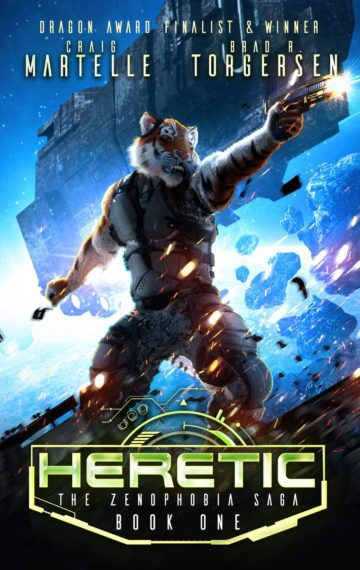 $0.99Buy NowRead A SampleSee The ReviewsSee The Full Series

Where did the Zenomorphs come from?

Tigers, wolves, gorillas, and bears. Four planets at each other’s throats. But they have too much in common for it to be a fluke. Just mentioning the possibility that they descended from the same place gets one labeled as a Heretic.

When Sankar comes into possession of a religious text that hints at where they came from, he seizes the opportunity and makes it his mission to find the Truth.

But he needs help from all the races. With a stolen warship and a ragtag band, Sankar sets out to answer the question that is illegal to ask.

Zenophobia. Where fear of the other races started a religion and perpetuated a war.

It’s time for the worlds to embrace the future by learning their past. But the governments aren’t keen on upsetting the status quo and do everything in their power to stop Sankar and his team.

Authors’ note: We went with Zenophobia with a “z” vice xenophobia because the version with the “x” was too rooted in bad stuff that happens on Earth. This is a story set in space.