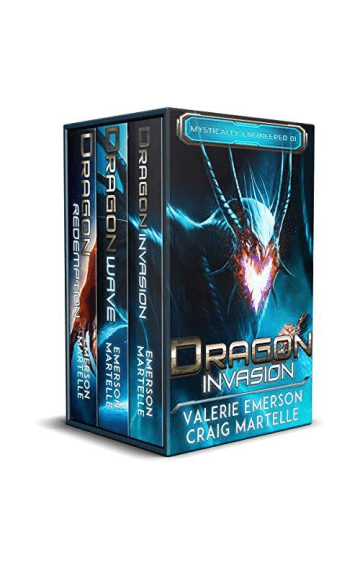 $6.99Buy Now!Read A SampleAdd To Your GoodReadsSee The Full Series

Dragons don’t exist. Except on the Astral Plane where humans aren’t welcome.

When humanity built spaceships and headed to the stars, they found the dragons waiting. Some places they’ll let humans go. Others they won’t.

And sometimes humanity refuses to be denied. That’s where the Mystics come in. They commune with the Astral Plane. They deal with the dragons. They suffer the dragon’s fury. And sometimes they bend the dragons to their will.

Very few have the gift of seeing the Astral Plane. Their innate talents are nurtured in the Mystic Academy while Earth Fleet has its own academy where they train the best and brightest for careers in space. The fleet has to work within the laws of physics. And they have to work with the Mystics, too, even though they don’t understand them.

Because they don’t believe that Dragons are real.

This is the complete trilogy – all three books in one place at one time. Join us today and see for yourself the allure of the astral plane.