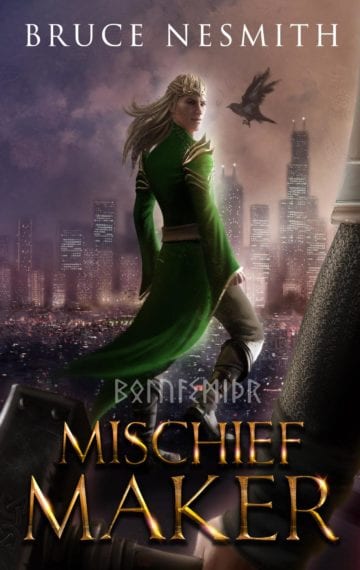 An epic journey into Norse Mythology, immortals living today. What if Loki was never the bad guy?

Loki, once a god, now nothing more than a stage magician in modern-day Chicago…

…his enemies from a thousand years ago have long memories.

Victors wrote the history, and Loki was blamed for the sins of the Norse gods. They can’t let him live in peace.

He has to set aside his new life to settle old grudges while coming to terms with what it means to be a man.

If Loki fails, the nine realms will fall.

Mischief Maker could be one of the best stories you read this year. Try it today.