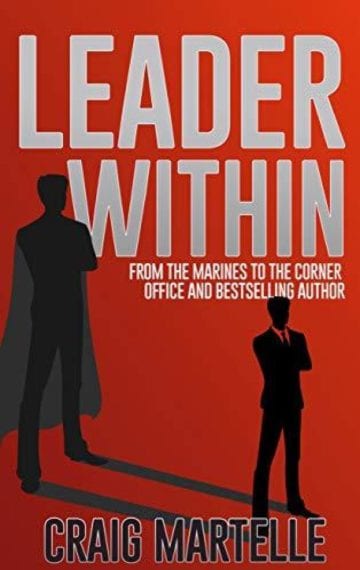 Listen to a sample
$4.99Buy Now!Read A SampleSee The ReviewsBuy Audiobook

A rising tide lifts all boats.

Being a lighthouse on a stormy night doesn’t take heroics. It only takes surviving the storm to shine the light for those who need to see.

Leadership is hard like that. Simple in words. Not so easy in execution.

Leadership is inside of you, not outside. It’s not a mask you wear. It never is.

Why are there people you wouldn’t follow, not even out of curiosity? You know who they are.

Don’t let that leader be you. The more you command, the less you lead.

Be the beacon and show the way.

I’ve been in leadership positions throughout my life, but too often, I didn’t fill the role. Not until I fully embraced the understanding that it wasn’t about me. That was when I started to make a difference.

Buddha says it best. “The mind is everything. What you think, you become.”

Align your ideals with your goals, and you’ll see magic happen.

Who am I to write a book on leadership? I was an enlisted Marine with squad and platoon leadership positions, but then I became an officer and introduced to a wider reality. I retired and earned a law degree where I then worked as a leadership coach and business consultant. I worked with people leading thousands of workers in heavy industry. And then I retired from that and started a career as a science fiction author. When Michael Anderle asked me to take over responsibility for his group, 20Booksto50k®, a self-published author business group, I was in my element. Never dictating to the five thousand members but putting into place a framework that would help the majority of authors to benefit. Staying true to a singular goal and surrounding myself with good people rounded out the process for a group that is now more than forty-three thousand members and growing. Our conferences are second to none. Those didn’t happen by mistake.

Because of us, all of us. Going to a better place together. Could anyone do it? It may not be your choice to take the helm, but when you are called upon, will you rise to the occasion?