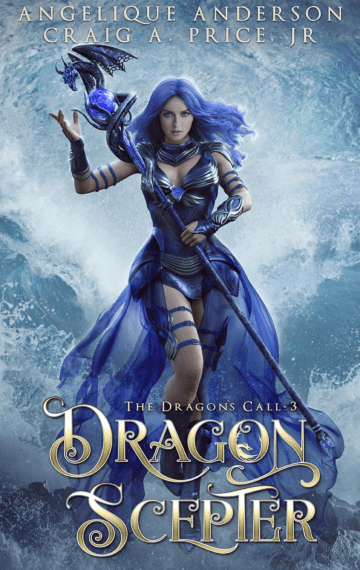 Three sisters … Three Dragons … One Quest to reunite the kingdoms of Verdil.

The wizard has been defeated, but the battle is long from over. Without Svana, the sisters must fight harder than ever to restore their own kingdoms.

Armed with their dragon-enchanted weapons, they must battle evil dragons.

Svana has been hurt, and they’re not sure if she’ll survive. In Svana’s place, Jakobe sets on a journey to save her for Telluris, and for himself. There is little the sisters can do, and they must leave their sister behind to save their own kingdoms. What they discover, is terrifying. More than a wizard corrupted the souls of the kings of Verdil. They discover dragons as the source. With this newfound knowledge, the sisters must tread lightly as they try to restore peace through all of Verdil, especially after discovering a secret hidden deep within the depths of Aequoris—an undead army. The sisters are running out of time to restore the alliances between the kingdoms, but now they realize if they don’t hurry… it will be too late.

Some wars are fought in the battleground of the mind.

Join the sisters as they enter the world of mankind on a journey to save the people from themselves.